Hi guys! I thought I’d pop on to tell you about a couple shows I’ve watched recently that I would definitely recommend. I watched these two series back to back and only recently realized they both contain the word “broad” in the show title. Random. 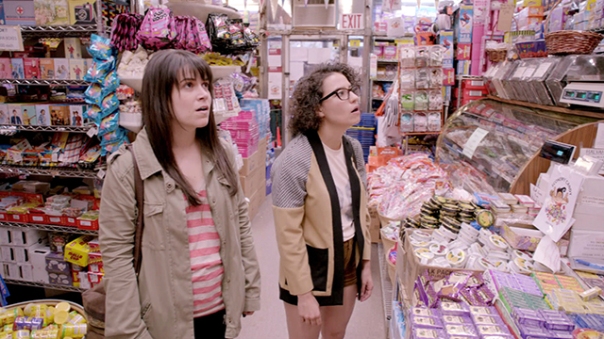 This show originally aired on Comedy Central (and was picked up for a third season so there will be more!!!) and follows the hi-jinx of two twenty-something girls ballin’-on-a-budget in NYC. Created by and starring Ilana Glazer and Abbi Jacobson, and produced by Amy Poehler, the hilarious concept for the show originated as a web series. I found it laugh out loud hilarious and embarrassingly relatable.  If you liked Girls, Workaholics, or spent part of your 20’s doing any or all of the following; a) convincing your best friend to do stupid shit, b) being convinced by your best friend to do stupid shit, c) making questionable financial decisions, d) working harder to not work than you would have to just work, or e) living with a super putz who never seemed to leave the apartment, you will DEFINITELY want to check out this gem. Stream for free on Hulu Plus. 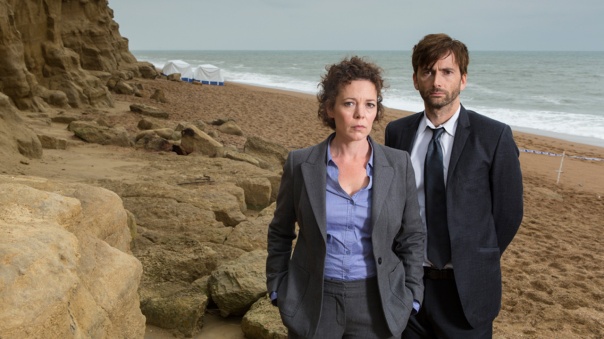 While this show contains two seasons, only one was available to stream when I picked it out of my Netflix line-up. And really it’s the perfect length for a good ol’ fashioned weekend-long binge watch. The series begins after the death of a young boy in a small, coastal town in England and focuses largely on the grief, suspicion, and media attention that plague it’s population in the aftermath. But of course, more than just small town grieving, there is also a case to be solved! And the twists and turns throughout the whodunnit keep the show fast paced and kept me hitting the “Watch next episode” button. I think it’s a very interesting, and most likely quite accurate, portrayal of the effects violent crime can have on an extremely close-knit community. Definitely a must-see if you’re a lover of the crime drama genre. Stream for free on Netflix.

P.S. Need MORE recommendations on what to watch? Prefer your crime drama a little more literary? Or how about a podcast!