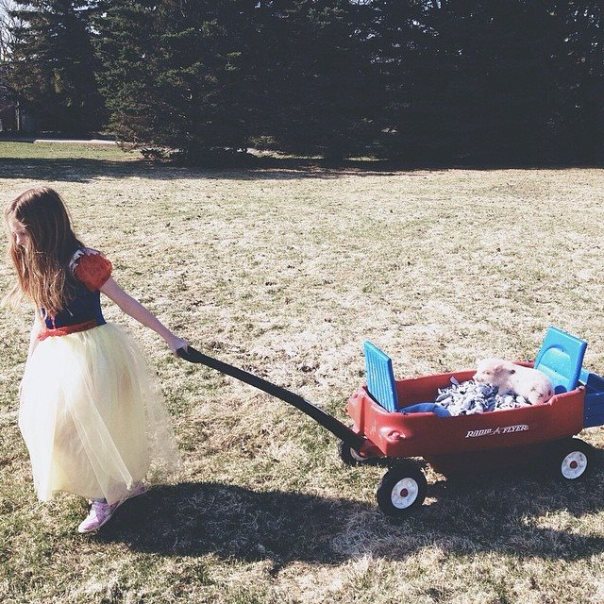 I frequently daydream about hypothetical pets. Do any of you do this? (I might just be a big weirdo.) I think about having a boxer named Bradley (Brad for short) and a husky named Adelaide–both girls, the former named for a Hey Dude! character, the latter a city in Australia. I think about having a slew of goats who would get in trees and assist me in starting some sort of fun cottage industry. I think about turtles and guinea pigs and baby ducklings. But my number one favorite pet fantasy is that of the mini pig. I’ve been coveting one of these lil swines for nigh on a lifetime it feels like. Which is why, when I saw this family’s story about choosing a pig as a pet, I LOST. MY. DAMN. MIND. 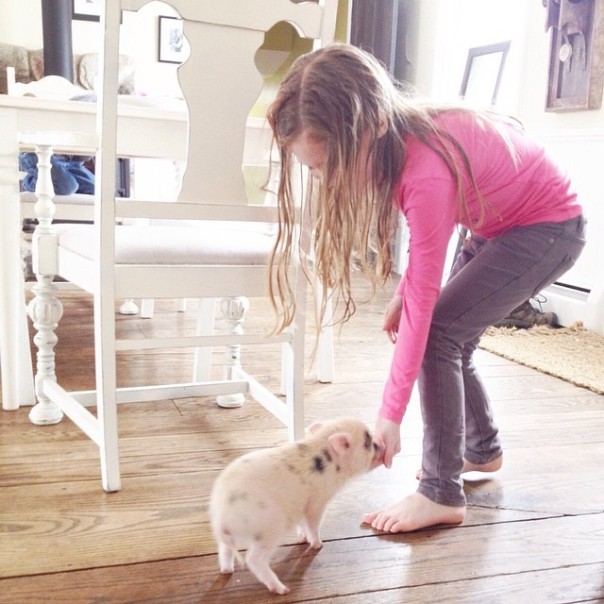 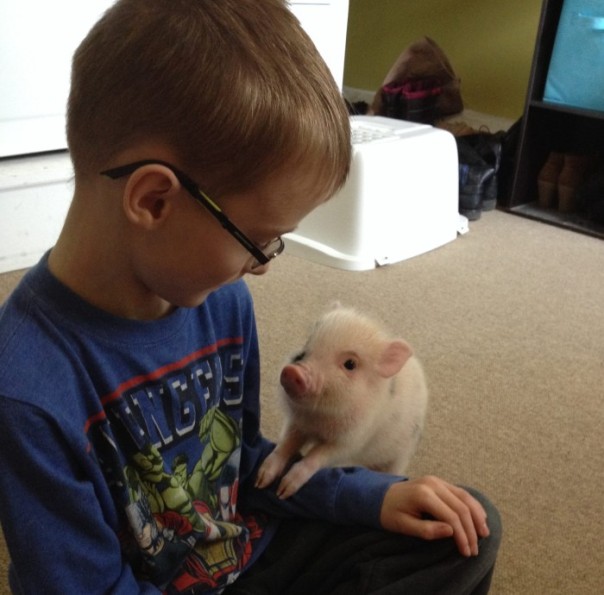 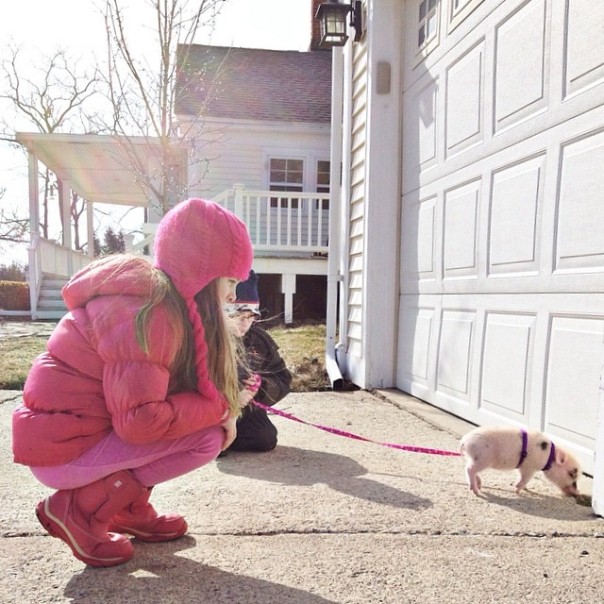 Gah, don’t you just want a little Bacon Bit to call your own? For now, in  my little one bedroom apartment in the urb-burb of Chevy Chase, I shall be content with my one ACTUAL pet–Wink Moonshine Berger. He is all I can handle for now. But some day… *exits stage left to plan pig Halloween costumes and bedazzled carrying crates*