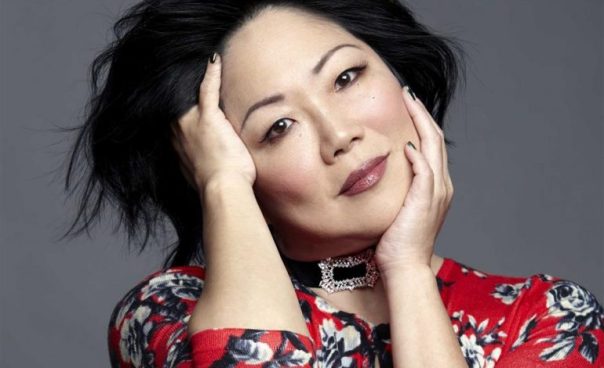 Let’s learn a bit more about the author of our current book club book, shall we? Margaret Cho is an American stand-up comedian and actress. She is best known for her stand-up routines in which she critiques current political and social problems.

For a complete run-down of her career highlights, I recommend checking out this IMDb bio HERE. There are just too many for me to cover in detail.

Her groundbreaking ABC sitcom, All-American Girl (1994), while short lived, was the first sitcom to feature an all Asian-American cast. The show was based on her own life and stand-up comedy act.

Later, her 1999 off Broadway one-woman show, I’m the One That I Want, toured nationally to great critical acclaim and was even turned into a book and feature film.

I Have Chosen to Stay and Fight is her second book and was released in 2005 alongside an audio reading, a DVD of a live taping of her Assassin tour, and a national book tour.

While she continues to earn accolades in both TV and comedy, her activism is also highly celebrated. She has been honored by GLAAD, American Women in Radio and Television, Lamda Legal Defense, NGLTF, PFLAG, and many more for her work in promoting equal rights for all. She has received the First Amendment Award from the ACLU and received a Lifetime Achievement Award at LA Pride in 2011.

“If you say you’re not a feminist, you’re almost denying your own existence.
To be a feminist is to be alive.”

Got any thoughts? Leave ’em below!